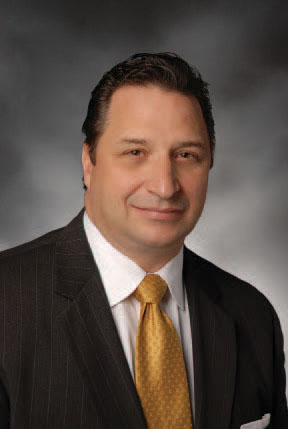 Established in 1863 by six officials of the U.S. Treasury Department during the height of the Civil War, the stated objectives behind the formation of The Metropolitan Club of the City of Washington, D.C. included “mutual improvement and social purposes.” With the club on the verge of its 150th anniversary, those goals are now met for 2,440 members (including over 770 non-resident members) who enjoy a wide variety of services, amenities and activities in an historic, 104-year-old, 75,000-sq.-ft. building located just a short walk from the White House. And behind The Metropolitan Club’s latest period of growth and development lies an interesting tale of “mutual improvement” from a club management perspective.

When Reinhard Danger, CCM, CCE, CEC, became The Metropolitan Club’s General Manager and Chief Operating Officer in 2006, he identified a need, as part of revamping the club’s management structure, to create a new position of Assistant General Manager of Food and Beverage. This role, as one of four assistant GM positions (along with Controller, Operations, and Human Resources) would oversee the club’s largest department, with a staff of 70.

And as he sketched out the details of the position, which includes direction of the Executive Chef, Director of Catering, Banquet and Beverage managers, as well as the club’s maitre d’, Danger continued to think of one person as the perfect fit for bringing the role to life: Michael Redmond, who had worked with Danger for seven years as Executive Chef of the Genesee Valley Club while Danger served as General Manager of the Rochester, N.Y. city club. After first teaming up at the Genesee Valley Club in Rochester, N.Y., Redmond (left) and Danger reunited to pursue “mutual improvement” in the nation’s capital—and in the process, raise the already-high profile of The Metropolitan Club of the City of Washington, D.C.

While Redmond had always held chef positions through that point in his career, Danger knew that “he had taken on many of the duties of the position [of Assistant GM of F&B] previously, and had all of the practical skills necessary to perform those duties.” So it quickly came to pass that Redmond agreed in 2007 to relocate to the nation’s capital and be reunited with Danger, to begin a new chapter of “mutual improvement.”

Five years later, the payoffs from this latest collaboration are already well in evidence for both the club, and for Redmond. The Metropolitan Club of the City of Washington, D.C. continues to climb higher in city-club rankings while remaining healthy financially and from a membership standpoint, with a true wait list of over 100 people, and a 14-month waiting period.

Much of this success and appeal can now be attributed not only to growth in F&B revenues and improvement of operating margins under Redmond’s direction, but also to how he has helped to raise The Metropolitan Club’s profile for culinary distinction in one of the most demanding and competitive cities for dining preference.

And for those achievements, Michael Redmond has earned recognition of his own, as the 2011 Rising Star Award recipient of the Excellence in Club Management (ECM) Awards co-sponsored by the McMahon Group and Club & Resort Business.

AT THE METROPOLITAN CLUB OF THE CITY OF WASHINGTON, D.C. WITH MICHAEL REDMOND’S INVOLVEMENT/DIRECTION Upon assuming his new position, Redmond worked with Danger and other department heads to identify barriers that were preventing the club from realizing its full F&B potential. These obstacles were equally divided between the fact that the club’s facilities were not being fully used to develop more compelling F&B events for the membership, and the need to smooth out some back-of-the-house operating issues.

“It was a classic old city club situation,” Redmond says of the F&B atmosphere that he found after arriving at The Metropolitan Club. “An average night would be 15, maybe 20 covers for dinner, and that’s a self-defeating scene all-around—who wants to be in a dining room, whether you’re eating, cooking or serving, that’s only doing that much business?

“And it wasn’t a case where we needed to get to 150 or 200 covers,” he adds. “The sweet spot would be to just get things up to around 50 or 60 covers a night, which we could easily accommodate—and didn’t have to, or want to, strive to exceed, because more isn’t necessarily better.

“Just creating a proper structure for all that F&B involved, so there were clear lines of organization and responsibility, and clear ways to address both the large and small issues that are always coming up, went a long way towards getting us focused and pointed in the right direction,” Redmond adds. “And from there it didn’t take long to begin to build momentum that took us to the level of activity that got everyone—members as well as staff—reenergized about what the club could offer through its dining programs.”

In addition to the new program ideas and management practices that the club began to develop and implement under Redmond’s direction, including many that involved innovative and full use of available technology (see “Achievements” box, this page, and “Ideas” box, pg. 50), a big part of the F&B revival at The Metropolitan Club came from fully utilizing all of the culinary knowledge star power within its walls. This started with Danger, a Certified Executive Chef, and also included Redmond, an Honors graduate of the Culinary Institute of America, and Executive Chef Vincent Horville, who has wowed attendees at two of C&RB’s Chef to Chef Conferences with his creative demonstrations (Redmond also presented on management and recruiting issues at the inaugural Chef to Chef Conference in Las Vegas in 2008).

While at the Genesee Valley Club, Redmond was one of the first club chefs to develop the guest-chef concept as an exciting way to present special culinary opportunities to members in an exclusive-event format (see “Platinum Idea,” C&RB, September 2006). Similar events have proved to be equally appealing and successful at The Metropolitan Club, including a “three chefs dinner” that has featured friendly in-house “competition” between Danger, Redmond and Horville.

Other special events that have been implemented at The Metropolitan Club as a result of the enhanced F&B focus created by establishing Redmond in the Assistant GM role have included themed dinner-menu concepts, such as Belgian cuisine paired with beer and wines of Burgundy, and home-style cuisine with American wines. New farm-to-table concepts were also brought to The Metropolitan Club’s dining rooms, with prix fixe menus using locally grown and raised products to spotlight cuisine and wines from the nearby states of Maryland and Virginia. Danger (standing, back left) and Redmond (back right) have joined the club’s Executive Chef, Vincent Horville (seated and also above, presenting at C&RB’s Chef to Chef Conference) to showcase their culinary talents as part of special events at The Metropolitan Club.

Redmond has also worked with the club’s Wine Committee and his beverage team to produce monthly wine events featuring many notable winemakers; these events, in turn, have promoted further growth of The Metropolitan Club’s already extensive and impressive wine list and cellar (now totaling 14,000 bottles, and counting).

IMPLEMENTED SUCCESSFULLY AT THE METROPOLITAN CLUB OF THE CITY OF WASHINGTON, D.C. WITH MICHAEL REDMOND’S INVOLVEMENT/DIRECTION On the more casual side, F&B under Redmond’s direction has seen significant growth in participation among the club’s younger members through special tailgate parties arranged around Washington Redskins football games, and monthly social hours, usually themed around televised sporting events such as Monday Night Football, the Masters golf tournament, or the World Series, where complimentary light bites are served (but beverages aren’t discounted).

F&B now also has a closer connection to The Metropolitan Club’s fitness and athletic activities, through a spa cuisine menu that has generated double-digit percentage sales growth, and foodservice and promotion coordinated with squash tournaments (the club’s dominant sport) and juniors swimming programs and lessons.

After five years in the Assistant GM position, Danger says, “I have seen Michael grow as a result of his work with committees and our Board of Governors, as well as emerge as a leader of The Metropolitan Club’s management team. The entire staff, not only his fellow managers,