Features:
• The new all-electric riding greensmower, Toro® Greensmaster® eTriFlex™, carries no hydraulic fluid and utilizes all-electric components for traction, steering, lift and cutting units
• These new “EnergySmart™” models deliver an operationally friendly design with noise reductions, operational cost savings, and other meaningful improvements to complement the ever-important enhancements in cutting performance
• The two new all-electric Greensmaster eTriFlex models, built upon the trusted Toro TriFlex® platform, include, the Greensmaster eTriFlex 3360, powered by a Kawasaki® engine/generator and the Greensmaster eTriFlex 3370, powered by a lithium-ion Samsung® battery set
• The lower noise levels of the eTriFlex facilitate earlier mowing starts/tee times without disturbing nearby residents to help the course to be in conformance with local noise regulations
• The new engine/generator model, according to end users familiar with the new product, is much quieter than traditional engine powered models, while the lithium-ion powered model is virtually silent during operation
• The individual reel and wheel speed control substantially improves both the aesthetics and playability of the green by greatly reducing the effect known as “Triplex-Ring”
• This smart feature standardizes the clip rate of each individual reel to avoid turfgrass thinning on the inside reel during perimeter cutting, and reduces wheel turf scrubbing to greatly improve the appearance of the cleanup cut, which ultimately leads to an increase in operational productivity
• The engine-powered eTriFlex with battery assist technology is up to 20 percent more fuel-efficient – resulting in lower emissions and fuel savings 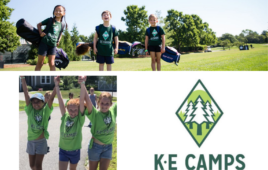