I received many e-mails and calls as soon as the issue came out, from people who wanted to know if this was really a club scene.

Of all the covers we’ve had for issues of Club & Resort Business (and believe it or not, we’re going to hit issue #100 in our history later this year), the cover from December 2009 has generated by far the most reaction.

That cover (see below) showed a very active bar scene, filled with people who didn’t look like “typical” club members, having drinks and thoroughly enjoying themselves in a setting that didn’t look anything like a “typical” club bar.

I received many e-mails and phone calls as soon as the issue came out, from people who wanted to know if this was really a club scene—and if so, who they could talk with to find out more about how it was conceived and put into action.

Apparently, the club that was depicted, Lakewood Country Club in Rockville, Md., also got plenty of inquiries directly about its striking Rees Jones Grille, which had only been open for four months when we put it on the cover. When that December 2009 issue came out, the club’s General Manager, Eric Dietz, CCM, PGA, had only been in his position at Lakewood for seven months.

Just over three years later, Dietz is included in this issue, as one of the 2012 winners of the Excellence in Club Management (ECM) Awards (see pg. 48). The recognition is due in large part to how he’s helped to revive Lakewood not only through the Rees Jones Grille, but many other progressive changes that collectively have helped the club stay at its membership cap with a waiting list in the very competitive Washington, D.C., metro area market—and even more impressively, see its average member age fall from 63 to under 50 in just four years. The nomination form submitted by Lakewood’s club President, Jeffrey Weber, to propose Dietz for the ECM award provided this update on how the club, and the club industry, has continued to react to Lakewood’s bar concept:
“Lakewood’s innovative Rees Jones Grille has continued to receive rave reviews by members and guests alike. Friday
nights have been a sellout, with at least five deep at the bar. It is said that the greatest form of flattery is imitation. With that said, representatives from many of the premier country clubs in the area are visiting the Grille and developing their own plans to try to replicate its success.”

So I guess that removes any doubt that might still be lingering— it’s definitely a club scene. 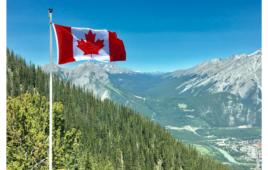 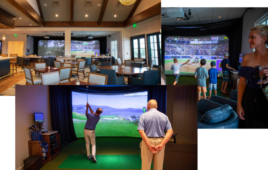