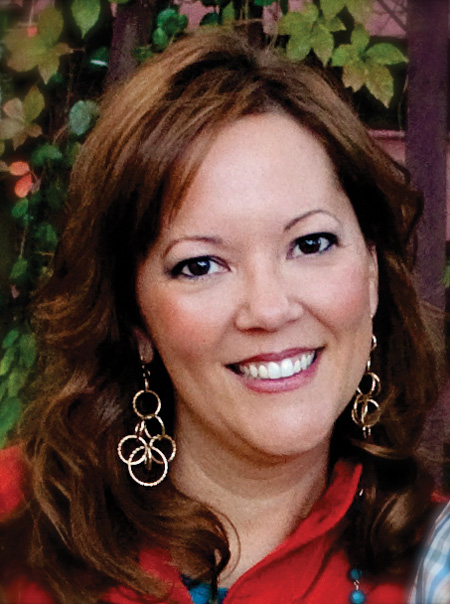 Showing that she wasn’t afraid to think big from the moment she arrived at River Oaks CC led to “Rising Star” recognition for Maria McGinity, CCM.

As you’d expect from someone who helped to build a $14 million food-and-beverage operation that now includes several annual events that each serve well over 1,000 people, Maria McGinity, CCM, is too detail-oriented to conveniently round things off and just say yes when asked if she’s a Texas native. “Well, I was one year old when my family moved to the state,” she qualifies.

Despite that “late start,” however, there’s little doubt that as someone who’s spent her life (minus that first year) in Texas, McGinity has absorbed plenty of the innate, think-big attitude displayed by many who hail from the Lone Star State. And in her case, she began channeling it from an early age into well-planned ambition and a focused pursuit of a successful career in hospitality.

“I don’t think I chose hospitality; I believe it chose me,” she says. “I started working in restaurants at age 15 and worked at several while going to school [and earning degrees in Restaurant and Catering Management and Culinary Arts]. I held every position in the back and front of the house, including bartending.”

Eventually, McGinity’s career path steered her into the club business; she served as Director of Catering at two social clubs in Houston, The Doctors Club and The Houston Club. She then joined the team that helped to open Reliant Stadium (now NRG Stadium), the new facility that would be home to the National Football League’s Houston Texans. McGinity not only helped direct the food-and-beverage operation for the 71,000-plus-capacity facility during the Texans’ inaugural season in 2002, she was also involved in helping the stadium host Super Bowl XXXVIII in 2004, as well as other grand-scale events including the Houston Livestock Show and Rodeo (the city’s “Mardi Gras” that draws well over two million people during its three weeks in March).

Breaking New Ground
All of that experience prepared McGinity well for when the opportunity came to take on challenges that are as big as they come not only in Texas, but anywhere in the club business. In 2005, she joined Houston’s huge River Oaks Country Club (114,000-sq. ft. clubhouse, eight banquet rooms seating 10 to 550, four member a la carte rooms seating 350), as its Director of Catering. Her performance in that role and contributions in F&B and beyond (see Achievements and Ideas boxes, at left and on pg. 50), led to a steady progression of promotions, including being named the first woman Clubhouse Manager in River Oaks’ 90-plus-year history, and then the first person to hold the new position of Club Manager, which was created largely because of the growth she had helped to bring about.

At the end of last year, industry-wide distinction came McGinity’s way, in the form of the 2013 “Rising Star” award through the Excellence in Club Management awards co-sponsored by the McMahon Group and Club & Resort Business. And already, since earning that recognition, her star has risen again. Later this year, McGinity will leave River Oaks to become Assistant General Manager of Houston Oaks Country Club & Family Retreat, a property 35 miles northwest of Houston in Hockley, Texas, that was first developed in the 1950s by Tenneco Oil and Gas Company.

Houston Oaks was purchased by new ownership in 2010 and converted into a 400-member private club. The 800-acre property is “very family-focused,” McGinity says, and includes an equestrian center, 10-room hotel and cottages, along with a full complement of recreational facilities that includes a regulation baseball diamond (one of the club’s owners is vice-chairman of the Houston Astros), a fish camp, and a petting zoo.

No Boredom Ahead
While a sprawling and diverse property like Houston Oaks would certainly seem to be ready to present plenty of new challenges for McGinity, she says that C. J. “Joe” Bendy, Jr., CCM, CCE, her Chief Operating Officer at River Oaks, has joked to her that she’ll be “bored” in her new role, largely because of its comparatively small volume of current F&B activity.

Given its unique space and focus on wide-ranging family activities, however, McGinity doesn’t have much difficulty envisioning how her new club could someday be known for holding the same type of Texas-style extravaganzas in its outdoor venues that she helped to build up and direct at River Oaks. To help make that happen, she’ll draw on the same organizational skills that she used to manage a fully loaded schedule at River Oaks, where banquet activity was non-stop from September to May at the same time the a la carte operation would routinely present the need to accommodate large family groups.

“Our dining room reservation counts would be full of 10-tops, and on the event side we were turning people away, because we just didn’t have any more space on the calendar,” McGinity says in describing the all-out pace at River Oaks. To help get, and keep, a handle on everything, she saw the acute need, shortly after arriving at River Oaks, to upgrade available technology, and directed the selection and implementation of new catering software in 2007.

“Technology was critical in giving us the upper hand, by establishing and maintaining the needed level of correspondence among the entire staff,” she says. “By going to fully wireless communications we have all  been able to work simultaneously, and respond remotely, in a timely and efficient manner. All departments are now tied in and  have access to see current schedules as they change, as well as all that’s coming up. Everyone’s system is accurate and up to date, and we aren’t held hostage by waiting for someone to update a calendar.”

At River Oaks, McGinity also worked closely with Executive Chef Charles Carroll, CEC, AAC, the keynote speaker at C&RB’s 2014 Chef to Chef Conference who has authored books on leadership and specializes in motivational management. “We opened [River Oaks’ renovated] ballroom together and have grown and learned a lot together,” McGinity says. “He was a great resource for helping with staff development, as well as being a steady and dependable hand; you knew that he and his staff would always get things done.”