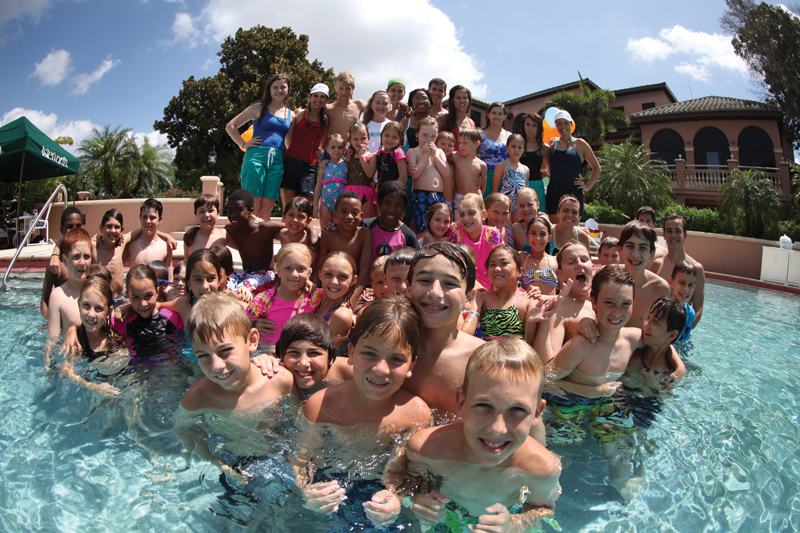 A record-setting swimming lesson at Isleworth Golf & Country Club served as a perfect kick-off for the club’s $3 million pool renovation.

Not a lot of clubs or resorts can say they are in the Guinness Book of World Records. But Isleworth Golf & Country Club in Windermere, Fla., is now a proud record holder for being part of the world’s largest swimming lesson.

Last year, the American Red Cross contacted Cindy Wright, Isleworth’s Director of Youth Services, to see if the club was interested in joining with other pools around the world to help set the world record while building awareness about the importance of teaching children to swim to prevent drownings.

To be part of the event, the club had to enroll as an official participant. From there, Wright received the curriculum and a Host Location Kit with promotional materials to help market the event and drive participation.

And these efforts paid off. Although the American Red Cross required just 25 participants, Isleworth G&CC had 95, which included toddlers, adults and all ages in between.

In addition to the swimmers, participants included the staff and volunteers for the event. The club had an official starter and finisher; two judges not employed by or affiliated with the club; a photographer; spotters on the pool deck for safety and to make sure everyone completed the lesson; instructors; lifeguards; and camp counselors cheering on the swimmers.

“The best part is that the record holders include everyone who participated, so all of these volunteers became a part of the Guinness Book of World Records effort,” says Wright.

Isleworth was required to submit two letters from independent witnesses, along with photos and video of the event. The club also had to keep an official log and turn in permission slips from the parents whose children participated.

Wright and her team turned the event into a celebration at the club. “We made a big deal of parading, to music, from inside the clubhouse all the way to the pool before the lesson,” she says. “And we had a celebration afterward where we awarded each participant with a certificate. Our photographer also gave each swimming participant a commemorative photo tile as a souvenir of their great accomplishment.” The lesson was 30 minutes long and held simultaneously with over 430 other locations in 13 different countries. In total, the initiative drew 32,450 participants worldwide.

“This powerful effort of members and staff brought our club community closer together,” says Wright. “It was an accomplishment with an amazing message: that swimming lessons help prevent drowning.”

The event also served as a perfect way to kick-off Isleworth’s $3 million pool renovation at the end of last summer. Being part of the world’s largest swimming lesson helped bring a higher profile to the club’s commitment to providing an amenity-rich and safe swimming program for its members and guests.