Club and resort chefs are imbuing their steakhouse concepts with exciting, unexpected components.

Quality ingredients. Consistent preparation. Simplicity in flavor profiles. And flawless execution of simple techniques. These are the hallmarks of a great steakhouse.

While they may sound easy to execute, making the steakhouse concept work in a club or resort setting can be something of a challenge, especially when the competition is often a public establishment that can get away with serving the same menu year-round.

“In the club world, we must always apply the philosophy that ‘the guest gets what the guest wants,’ ” says Eric Chaitin, Executive Chef at Watermark Properties, which includes Watermark Country Club in Grand Rapids, Mich., Sunnybrook Country Club in Southwest Grandville, Mich., and Stonewater Country Club in Caledonia, Mich. “We also must always exceed the members’ expectations, both in quality and service.”

Chaitin oversees the menus at all three Watermark properties, which offer dining to the public, while golf and other amenities are reserved strictly for member use.

“Our model helps us to compete with the street, while keeping our margins in line,” he explains.

At Watermark CC, Chaitin is both Executive Chef and General Manager. He oversees The Watermark Grille, which serves up wood-fired pizzas made with homemade dough, hand-cut New York strip steaks with a blue cheese potato gratin, and citrus-brined bone-in pork chops with mango salsa, grilled asparagus and onion rings.

“Across all three operations, we run a 32% food cost and generate $7 million in food sales,” he says. “We strive to exceed the guests’ expectations in price, speed, quality and service. If a member wants to put steak sauce or ketchup on their filet mignon, we’ll serve it with a smile and no pretentiousness whatsoever.”

In addition to giving members and guests what they want, Chaitin ensures that each of the club’s grille concepts offer a unique experience, too. For example, at Stonewater CC’s Fire Rock Grill, the shrimp, Ahi tuna, and filet are served on a volcanic “FireRock” that holds at 500°F.

“The presentation is really impressive,” says Chaitin. “There are only so many ways you can serve a steak, so we need to think outside the box to keep it interesting.”

At the end of every meal, servers offer members a chocolate chip cookie, on the house.

“It doesn’t cost us much, plus it leaves the guest with a really wonderful final taste,” says Chaitin. “The details are what make or break your operation.” 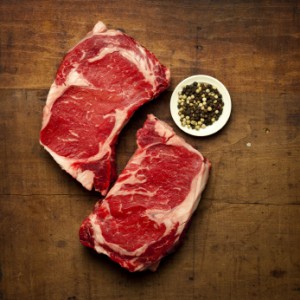 “Over the past six years, our family enrollment has grown substantially,” says General Manager Det Williams, who came to the club in 2005 as Director of Food & Beverage. “While the food in Sterlings was very good, it was too formal. We needed to change the concept to better respond to members’ needs.”

As part of the renovation, Forsgate reduced the overall size of the dining space to accommodate a newly added wine bar and lounge.

“Previously, we could seat 125 diners at once, but we were never at capacity, so it always looked empty,” says Williams. “Now, with the wine bar and lounge area, members have a place to gather before dinner to listen to the live jazz bands and smoke cigars.”

And since 37 seats about 50 diners, “it’s always busy, which really helps to keep the energy up,” adds Williams.

When creating the menu with Executive Chef Mike Kasperek, the goal was to do fewer dishes, but to do them very well with high-quality products and simple, well-executed preparation. “We serve ten proteins, including six cuts of steak, one veal chop, one pork chop, a chicken breast and a pasta, as well as four seafood dishes,” says Williams. “We always try to surprise our guests and do something unique with each course, too.”

While the appetizers, sides and desserts are fairly standard steakhouse fare, the presentation is anything but ordinary.

“When a member is trying to decide on a certain cut of beef, we’ll bring out a tray of raw cuts to show them their different choices,” says Williams. “Then, while they’re waiting for their entrees, we’ll bring out a knife box—much like a tea box—and ask them to choose the knife they would prefer to use.

“When the steak is delivered to the table, the server will stand beside the member and ask them to cut into the steak, to ensure that it is done to their liking before they leave the table. At the end of the meal, if a member orders coffee, we offer them two choices and deliver the coffee with a tray of different types of sugars, as well as chocolate shavings.”

These types of service standards, along with high-quality dishes, have helped make 37 a huge success.

“These things add up to be our competitive advantage,” says Williams. “When members dine at the club, they get a certain level of personalization they couldn’t get elsewhere.” The Meritage Steakhouse in the Wildfire Golf Club—part of the JW Marriott Desert Ridge Resort and Spa in Phoenix, Ariz.—offers sweeping views of fairways as well as a welcoming firepit perfect for appetizers and friendly conversation. While the views are stunning, the menu at this steakhouse is truly the draw.

“We have great relationships with several local growers that provide excellent produce, cheeses and other delights to us,” he says. “Meritage features the best prime cuts in the valley; the meat is sourced from a farm in Brawley, California where the cattle are naturally raised without hormones or antibiotics. In fact, our producer is the only beef producer to receive the Master Chef’s Seal of Excellence.”

“We want to offer the best possible cuts of beef, keeping the current market trends in mind,” says Reschreiter.

Meritage Steakhouse is also “Clean Fish Certified,” which means that it sources seafood from sustainable, responsible fisheries and aquaculture farms. Offerings include a broiled wild Alaskan Halibut in a rich tomato brown butter, as well as Shetland Island Salmon, served with a tangy dill caper butter.

“One of our biggest sellers is the pase cut ribeye, which is the center cut of the ribeye without the cap,” says Reschreiter. “This cut is a great alternative to a filet, as it is very flavorful and tender.

“To reduce waste, we then utilize the rib cap in our Tuscany Restaurant as a main course.”

While most clubs and resorts will make the most of high-quality products by menuing unused protein in other dining venues on property, Meritage takes it one step further by preventing waste on the front end. “All of our meats are cut and aged in-house at our butcher shop,” says Reschreiter.

Meritage’s a la carte side dishes are designed to serve two people, and are easy to share.

“We also offer a selection of five sauces for members and guests to pair with their steaks and five homemade butters as well, including a blue cheese butter, horseradish butter and others,” says Reschreiter. “This enables the guest to choose their personal favorites for any cut of meat from the menu.”

Serving a $36 steak to members on a regular basis doesn’t always spell success for many clubs and resorts. So, in many cases, offering a steakhouse concept either once or twice a week, or even as a specially themed event, often works quite well.

Charlotte (N.C.) Country Club does this with its PRIME 2465 steakhouse, which is open only two nights a week and is set up inside one of the club’s private dining rooms. A full bar in the adjoining room allows members to meet and have cocktails before sitting down to dinner.

“Our concept is much like you would find in a lot of the other popular high-end steakhouses around the country,” says John Cornely, Executive Chef. “Our emphasis is on top-quality ingredients and large portions prepared and presented without a lot of ostentatiousness.”

PRIME 2465 first opened last year, with a menu that was the same from week to week. But, over time, Cornely found that slimming down the set menu, and changing roughly half of it each week to incorporate more specials, was a better dining proposition.

“The idea is to offer something new to our ‘repeat customers,’ while also staying true to our identity and providing the same familiarity and consistency,” he says. “Our first menus were a bit too large, given the volume we were doing. So we decided to focus on what was selling—steaks, side dishes, salads, and our French onion soup—and to keep those items constant, while offering specials that keep in theme by using more seasonal products or specialty cuts.”

While the concept works well at Charlotte CC, running a part-time high-end steakhouse begs the question: Does it cannibalize other dining options at the club?

“It’s all about marketing,” says Cornely. “We certainly considered whether or not the steakhouse would ‘compete’ with our other dining rooms. But we decided that by giving it its own brand, we could differentiate it from our other operations and maybe even create a buzz with the membership—which it has.”

“It’s not uncommon for a steakhouse to actually sell more seafood than steaks, so offering well-executed and interesting seafood dishes is a top priority,” Cornely adds.

Adding to the experience, Charlotte CC has its Sommelier, Fred Nixon, on hand to help members make appropriate wine pairings.
But in the end, it comes back to those four hallmarks: “Ultimately, we believe that members want simple, high-quality ingredients prepared well and accompanied by great service,” says Cornely.