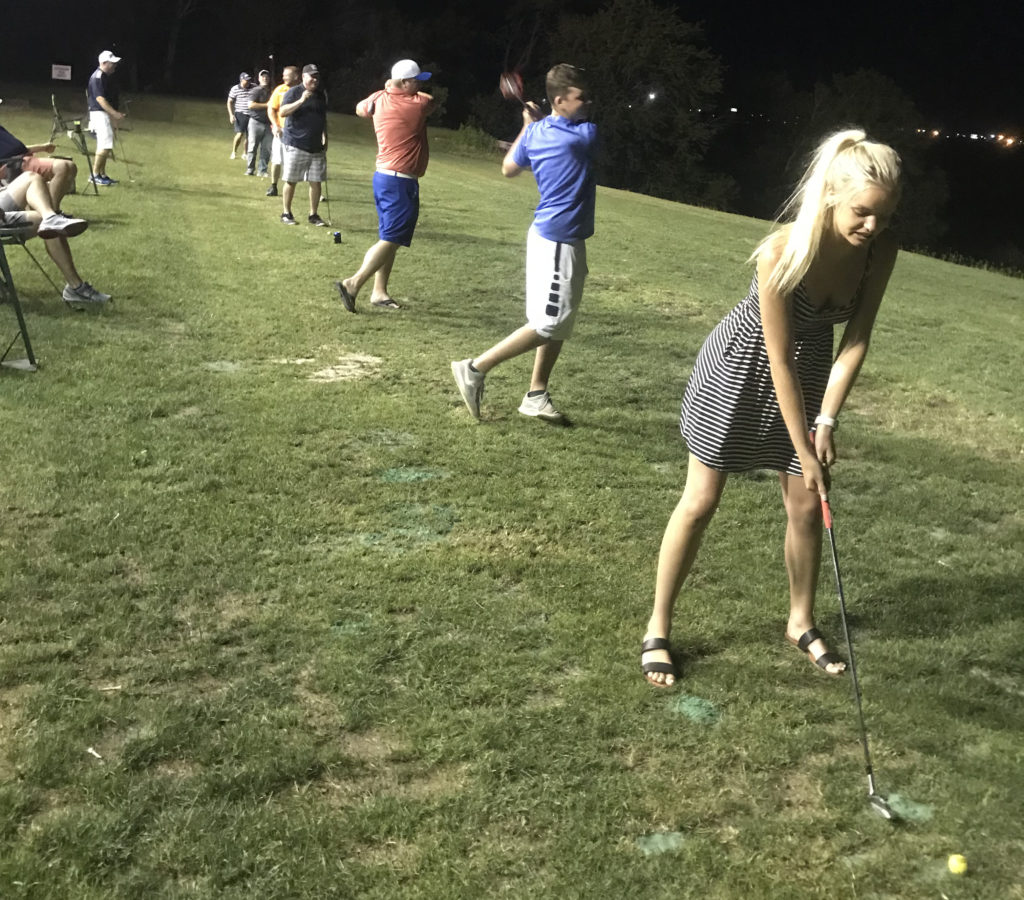 Scott Harmelink has been the Director of Golf at Green Valley Golf Club in Sioux City, Iowa since 2001 and never liked their driving range. He says it is too small for the amount of play they have and the teeing area is elevated 25 or 30 feet. A trip to Phoenix over the holidays led to a Topgolf visit where he really enjoyed the experience. Similar to his range, the teeing bays at Topgolf are elevated – allowing the guest to have a “birds eye view” of the targets. It was that realization that led Harmelink to transforming his facility.

Harmelink and his assistant rented a sod cutter and cut eight 20-foot diameter circles on the range. They then lined the ground with weed barrier and edged each circle, which are about four inches deep. They chose Pink Sioux Quartzite for filler material, which is a little more course than typical bunker sand – making it more difficult for the wind to blow it out. He says the light pink color really “pops” against the dark green grass, too. Eight lights – originally installed in the mid 1990s – were repositioned, turned on and presto … the Night Range was born.

“I have been trying many different things in the last couple years to draw more golfers out here,” Harmelink says. “This range I have created is doing just that, but it is also drawing non-golfers.”

The Sioux City metropolitan area has about 120,000 people—15,000 to 20,000 golfers, Harmelink estimates. “This range has increased my customer base to include all area residents, not just active golfers,” he says.

To attract more Millennials, Harmelink set up a full bar and played music. He also staged contests, challenging players to hit the range picker. He’s ordered custom t-shirts to promote the Night Range, as well, that will be given away as prizes in the future. The first night of operation, Green Valley made $250 in beverage sales. Harmelink says he’s looking into hosting local business and corporate events with food and drink at the Night Range, as well.