Someone once told Bruce Williams that the advent of golf cars at country clubs and resorts is the best thing that happened since they took out the slot machines years ago.

Williams, former Director of Golf Courses and Grounds at the Los Angeles Country Club, was already a believer. While golfers might see the vehicles as a convenient way to travel the course, Williams knows that the cars provide ample opportunity for profits.

Enhancements in technology offer several ways to shrink costs and grow revenue. While global positioning systems (GPS) have been in the industry for years, recent developments are bringing a new set of possibilities to golf courses.

The on-car systems have brought many benefits to the course, says Travis Wehrs, Head Golf Professional at Olde Hickory Golf and Country Club in Ft. Myers, Fla. For example, he notes how pace of play can be improved by pre-setting a target time for completing a round in the GPS, and then using the system to inform golfers how far ahead or behind they are as they make it around the course.

Hammock Creek Golf Club in Palm City, Fla. uses the GPS systems to prevent turf damage and save money on maintenance costs. The staff can program the course’s current problem spots into the system. When a car approaches that area, the GPS system sends a signal to cart to slow cart down and warn people to steer away from that zone.

“Because it slows the car down, it’s inconvenient for the golfers, so they leave the area,” explains Ray Finch, managing partner at Hammock Creek GC.

The system improves aesthetics on the course while saving on supply and personnel costs.

“Not only do we not have to use unsightly ropes and stakes on the course, but we don’t have to purchase, maintain and clean them,” Finch says. “We eliminated one person who had to put them up. He’s now working on turf instead of managing stakes.”

At Hammock Creek GC, golfers can order food via the GPS system when they arrive at the eighth and 17th tees, giving the staff time to prepare the orders and have them ready when the players reach the clubhouse.

Other golf courses aren’t so quick to adopt GPS systems on the cars. Pat Jones, Head Golf Professional at Bayonet Black Horse Golf Club in Seaside, Calif., points out that the rise in popularity of smartphones and their applications means that many golfers now can harness GPS technology themselves. Having the devices on the cars, therefore, isn’t a priority for him. 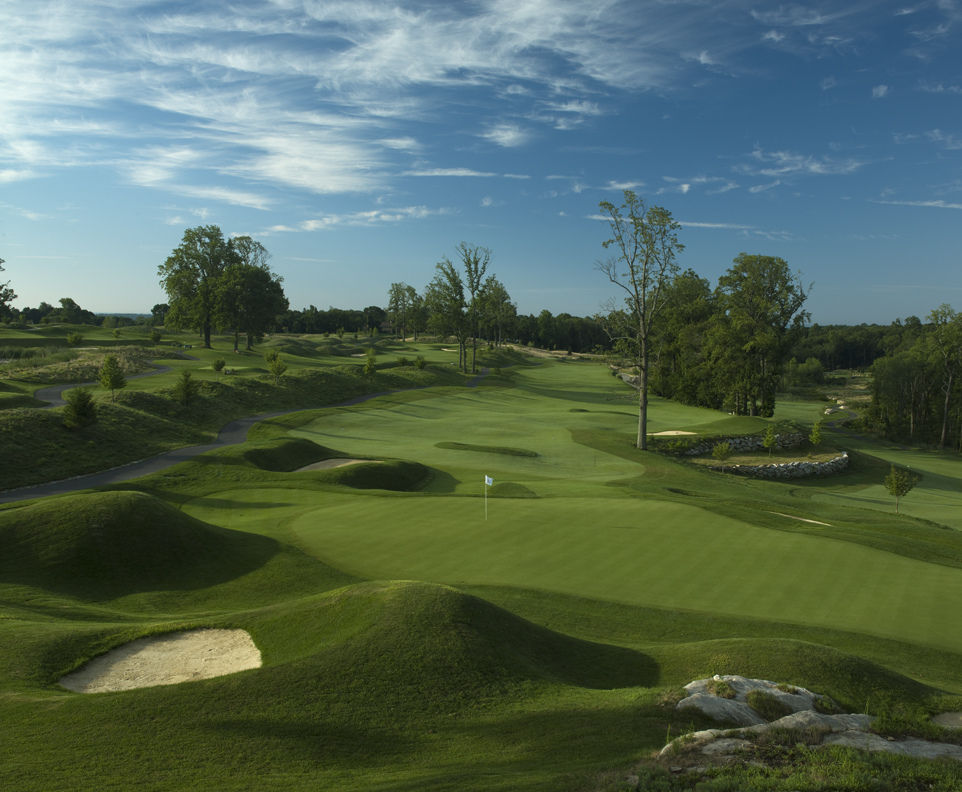 Many golf course staffs also employ some less-than-technological strategies when it comes to the fleets. It’s not uncommon to have a system in place for rotating the fleets to make sure each car makes a round at least every few days, especially during the off-peak season when rounds are down. This way, the crew can also make sure there’s enough time to sufficiently clean and charge each car.

The cars at Pound Ridge Golf Club in New York are charged nightly in the golf car maintenance shed, which is conveniently located a stone’s throw from the golf course staging area. Course designers purposely placed the facility there during the process of building the three-year-old course.

“We wanted cart storage to be set up in the most accessible and safe way,” explains Jason Ekaireb, Director of Sales and Marketing.

There are ways to save money on charging the cars, as many golf course managers have learned. They can arrange a “time of use” or “time of day” electricity arrangement with the utility company.

Some courses use equipment which ensures that the chargers only run during off-peak electricity usage hours, such as the late night/early morning hours. Electricity rates can be reduced by as much as 40-50 percent during off-peak hours, Finch says. With the savings, the investment in the equipment generally pays off in about two years, Williams notes.

But today’s golf car fleets can also save on costs because they run longer on a single charge than previous models, Ekaireb adds. “We can go two full rounds without having to charge the cars.” Golf car manufacturers sometimes offer regular maintenance as part of a lease or purchase deal. If not, it can be a good investment to have someone on staff who understands the cars’ unique needs, Ekaireb says.

Williams negotiated an extended warranty on the fleet to get extended life from the batteries. When batteries were replaced, it helped to bolster the car’s trade-in value.

Taking steps to protect the investment in the fleet can pay off, Williams adds.

“Maximizing the longevity and value of a fleet makes good business sense,” he says. “Golf cars should be a good profit center and if managed properly they can bring in even more profit, which everyone could use in this economy.”