With families’ travel plans on hold and team sports cancelled, 2020 saw a significant boost in activity around clubs’ pools. The lessons learned from safely handling the added traffic are now being applied to preparations for another active year.

As Old Man Winter releases his grip and summer quickly approaches, clubs are busy preparing for another active year at the pool. The global pandemic that swept the nation in 2020 provided a well-documented boost for rounds played on the golf course, but aquatics facilities also saw a jump in participation, as families looked for COVID-safe activities to replace youth sports that were cancelled, or to just get everyone out of the house and into fresh air.

DuPont Country Club in Wilmington, Del. celebrated its 100-year anniversary in 2020 and opened a six-lane, 25-meter saltwater lap pool that includes a diving well with a 1-meter springboard, and a zero-entry children’s wading pool with a water feature, slide and 12 waterspouts. “Many families with summer plans to travel found themselves forced to stay local, and we found our membership quickly growing as a result. It was evident that many of them were joining to use our new pool.” —Jordan Carey, Aquatics Director, DuPont CC

Jordan Carey, who started his role as DuPont’s Aquatics Director in March of 2020 and oversaw the pool’s debut in June, says the club learned a lot from how it opened last summer that will help it operate even more effectively in 2021.

“We were one of the first pools in Delaware to reopen during the pandemic, and other local country clubs looked to us for how we would operate and the precautions we put in place to safely stay open,” Carey says. “Many families with summer plans to travel found themselves forced to stay local, and we found our membership quickly growing as a result. It was evident that many of them were joining to use the pool, with many of their summer plans then being cancelled.

“Because of the spike in membership and members wanting to use the pool, we had to use a reservation system to ensure we did not go over our COVID capacity limit at any given time,” Carey adds. “But we wanted to allow as many members as possible to use the pool each day who wanted to.”

With the experience of running a few small-scale member events now under their belt, the DuPont staff plans to add more this year.

“[After opening] we had to restrict members from using a certain number of chairs that we had out on the pool deck, because we did not have enough deck space to have them socially distanced,” Carey says. “With construction concluding last summer, we now have additional deck space and a large grass area, which will allow us to utilize all of our lounge chairs while keeping members socially distanced.

“We will also be rearranging our furniture layout, to have specific areas set up for smaller parties of one and two members and for larger parties of three-plus members, so there will be no need for us to move chairs and tables other than for private parties,” Carey adds. “Because schools were delayed in opening, we wanted our members to have somewhere their kids could still go and have fun. We kept our pools open daily until the last day of September and tried to plan fun and safe activities to keep them engaged.” —Bria McKinney, Aquatics Director, Greystone G&CC

For Bria McKinney, Aquatics Director at Greystone Golf & Country Club in Birmingham, Ala., closing the pool in 2020 was completely different than in previous years.

“Because schools were delayed in opening, we wanted our members to have somewhere their kids could still go and have fun,” McKinney says. “Consequently, we kept our pools open daily until the last day of September, and tried to plan fun and safe activities to keep them engaged.”

Unlike Greystone, the Atlanta Athletic Club in Johns Creek, Ga. closed its pool for the season on its scheduled date, says Aquatics Director John Broughton.

“If anything, closing was easier in many ways,” Broughton says. “The amount of furniture—such as loungers, chairs, tables and umbrellas—was less, as it was set for social-distancing purposes. And less furniture meant less to move to storage for the winter months.

“In addition, our food-and-beverage team operated a quick-serve meal service, which limited the amount of usage to our kitchen area and made closing it easier as well,” Broughton adds.

Scott Bushway, Director of Recreation, Fitness and Aquatics, has been at The Quechee (Vt.) Club for 12 years. The club features an indoor pool, an outdoor pool and a 50-acre man-made lake. Opening in 2021 will be quite different from a “normal” year, Bushway says, but very similar to how the club ran its aquatic programs in 2020. “Once the pool is ready to be opened, we will start staff training on all of the safety protocols that we put in place last summer and go over how we will adjust them for this year.” —Scott Bushway, Director of Recreation, Fitness and Aquatics, The Quechee Club

“In 2020, we opened our outdoor pool in June because of COVID restrictions that were in effect,” Bushway says. “This season, we will be looking to possibly open in early May, if the weather is amenable.”

The Quechee Club is a landowners association with about 35 percent of its membership usually living locally throughout the year. In 2020, Bushway found even more of the members staying local, and this changed how the club has looked at its aquatics operation and when and how it plans to start and run programs.

“This year, prep for opening will begin in April, by uncovering the outdoor pool, power-washing the deck, and cleaning and sanitizing all of our deck furniture and umbrellas,” Bushway says. “Once the pool is ready to be opened, we will start staff training on all of the safety protocols that we put in place last summer and go over how we will adjust them for this year.

“During daily opening procedures, lifeguards and attendants will spray down all deck furniture and stations,” he adds. “This is also done during each cleaning period we have between our reservation blocks and during closing procedures.”

The Atlanta Athletic Club is planning to offer a swim and dive team for its members in 2021, but the club is still working out the details to ensure it can operate practices and meets while still following the policies and procedures needed to maintain social distancing and a safe environment. The Atlanta Athletic Club is getting creative in preparation for the 2021 swim team season, reports Aquatics Director John Broughton. Options include limiting the number of people in attendance and streaming meets on various social-media platforms.

“Options that are being considered include, but are not limited to, having just the participants and/or just one parent per participant inside the pool area during practices and meets,” Broughton says. “We have also investigated showing the meets via Facebook Live or a social-media platform, to limit the amount of people gathering on the pool deck.

“As with most pools, there is limited space on deck, and in order to safely space the swimmers out, we have also been looking into having a section of parking blocked off and tents set up as the ‘bullpen’ areas for the teams,” he adds.

DuPont Country Club was fortunate enough to be able to have a swim team last year, Carey says. “I say that with a bit of hesitation, because the groups were unable to compete with the other clubs in the area, so the entire summer was spent training with no real end-goal or championship meet,” he explains.

“Again, last year was our first year in operation,” he adds. “But we will be returning [in 2021] to our plans of having a true summer swim team, where we have the swimmers compete at least one time per week. It is still yet to be determined if we will be able to compete against other teams in the area, but with the number of swimmers we had last year, we know that we will at the very least be able to hold internal competitions.”

Greystone G&CC enjoyed a record-breaking year for its summer camps in 2020, McKinney reports.

“To ensure we had proper spacing and cleaning procedures, we capped our campers at 30 for each week,” she says. “The group was split up into five small groups of six campers, plus one camp counselor. From there, each group was assigned a meeting location when they were not playing golf, tennis, or at the pool.”

Greystone asked the campers’ parents for regular health assessments of their children that included questions about the previous day/morning, to ensure that no camper was under the weather before being dropped off.

At DuPont CC, a brief period of time will be set aside in the early afternoon when the pool is closed for campers. “For swim lessons, we had tremendous success with private lessons, which we will carry into the new year,” Carey explains. “We used face masks for our instructors even while in the water, and if they needed to demonstrate a skill, they would sit their [students] on the side of the pool and wait to take off their mask until they were greater than six feet away. Then they would put it back on when returning to the lesson after their demonstration.

“When the masks became wet, it would become difficult to breathe, so the instructors would constantly need to grab dry masks throughout their lessons,” he notes. “So we will be allowing instructors to use face shields in place of masks this summer if they choose to do so, hoping that this will alleviate the need for instructors to periodically need to pause their lesson to switch out their masks.”

> Greater numbers at the pool, as many families curtail their travel plans, has led to new safety and sanitation protocols.
> Reservation systems for pool use are now being implemented, to ensure that COVID capacity limits are not exceeded at any given time.
> Some swim teams will compete internally or via virtual meets, to keep young members active. 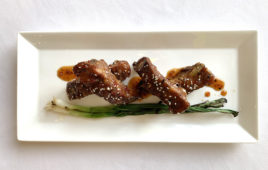