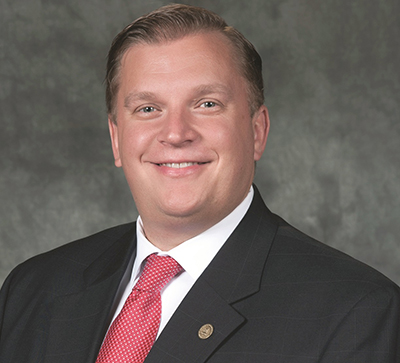 Charles Johnson’s path to “Rising Star” recognition included stops at a range of prominent properties and then brought him home to a dream opportunity at the Detroit Athletic Club.

Even though he got his first taste of the business working in a family restaurant at age 14, Charles Johnson, CCM, wasn’t thinking of hospitality as a career when he enrolled as a General Business Administration and Management student at Central Michigan University.

But in his sophomore year of college, while pursuing an accounting major, Johnson took a job as a server assistant (and eventually as a server) at the Soaring Eagle Casino & Resort, which had just opened a few miles from campus. And after he earned his degree, something about the experience kept calling to him, as he contemplated where to begin looking for full-time work.

“It had been exciting to see how four-diamond, fine-dining restaurants were created out of a place that had dirt floors when I first went there,” Johnson recalls. “And I guess [working there] made me realize I might be more of a foodie than I had thought, because I really enjoyed being around that environment, no matter how hectic it got.”

After letting that realization direct his choice of profession, Johnson plunged into hospitality headlong, immersing himself in a diverse range of properties. His career path took him through food-and-beverage management and director positions at a resort-style, seasonal yacht club (Montauk YC on eastern Long Island), a tradition-steeped golf and country club (Saucon Valley CC in Bethlehem, Pa.) and a large member-owned club in Florida (John’s Island Club in Vero Beach).

About the only thing left to experience was a city club—and while Johnson was happy helping John’s Island and its top managers, Brian Kroh and David Colclough, develop the property’s successful new Beach Club, he recognized that another strong career-direction signal was being sent to him when the opportunity arose to go back to his home state of Michigan as Assistant General Manager of the Detroit Athletic Club (DAC).

“It would have taken something phenomenal to get me to leave John’s Island, and [the DAC] was one of only about three places that qualified in that way,” Johnson says. “Not only was it a chance to come home, it was a high-quality club that was doing exciting things, and Brian [Kroh] spoke very highly of how working there under [Executive Manager] Ted Gillary would be another good step for my career.”

Prophetic Words
Kroh’s assessment of the opportunity certainly proved to be on point. Johnson stepped into his new role in January 2014, during a time Gillary describes as one “of great expectations and a substantial workload.” But Johnson wasted no time playing pivotal roles in helping the DAC continue its resurgence, through implementation of a host of successful initiatives. And after three years at DAC, Johnson’s contributions have already led to two more big steps in his advancement through the club management profession.

His performance as the club’s Assistant GM earned him “Rising Star” recognition through the 2016 Excellence in Club Management (ECM) Awards co-sponsored by the McMahon Group and Club & Resort Business.

Even more importantly, his experience through the latest stop on his career path has convinced Johnson that coming home helped him find the perfect place for his management style and preferences, in terms of city clubs in general, and the DAC specifically. And while no firm timetable has been established, it’s now acknowledged that Johnson will eventually succeed Gillary, whenever his retirement may occur, as the DAC’s next Executive Manager.

“It’s funny, because starting out in my career I had a negative opinion of the club business,” Johnson says. “I guess it was my accounting side that didn’t look too favorably on how [the industry] didn’t seem to have a good handle on food costs and other financial aspects of operations.

“But then as I worked in different types of clubs, I saw how quality and service can still be balanced with sound [financial] management,” he adds. “And of all the [club segments], I really like the business model of city clubs, where you have hotel rooms and a wide range of activity and programming, and a big emphasis on [food and beverage]. So I guess the stars really aligned in not only bringing me back home to Michigan, but also to one of the best city clubs anywhere.”

And as much as the DAC has grown and prospered in recent years, Johnson is especially excited about what still lies ahead, as Detroit gets another new downtown stadium as part of a major wave of development in the club’s backyard.

“There are 2,500 new residential apartments coming on stream within two blocks [of the club],” Johnson says. “As incredible as the past three years have been, how we manage [the DAC] in the years going forward, to continue to engage the membership and expand our value proposition, especially with more activities that go outside our four walls, will be an even bigger—and more exciting—challenge.”

Learning At Every Turn
Throughout his own professional development, Johnson has balanced the disciplines he’s personally shown an affinity for. He didn’t abandon his original inclination towards accounting, earning certifications in Accounting and Financial Management, as well as Food and Beverage Management, from the Educational Institute of the American Hotel & Lodging Association. At the same time, he followed his foodie passions to become a Certified Sommelier and complete two levels with the Court of Master Sommeliers.

When it comes to defining what constitutes excellence in club management, however, Johnson stresses that the fundamentals of relationships are every bit as important as what can be learned through continuing education.

“You have to be consistent in how you focus on people, and not let yourself get bogged down in projects and processes to the point where you lose sight of how things are affecting your members, and your staff,” he says. “The biggest teaching moments I had from Ted Gillary and Brian Kroh and other mentors have been when I saw how they treat people behind the scenes—and when people might not even be expecting you to have noticed or thought about them.”