For clubs with diverse demographics, age-specific fitness programming can mean the difference between an empty fitness center and healthy, active members across the board. 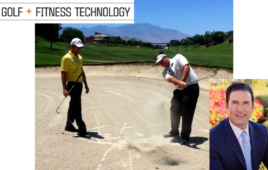