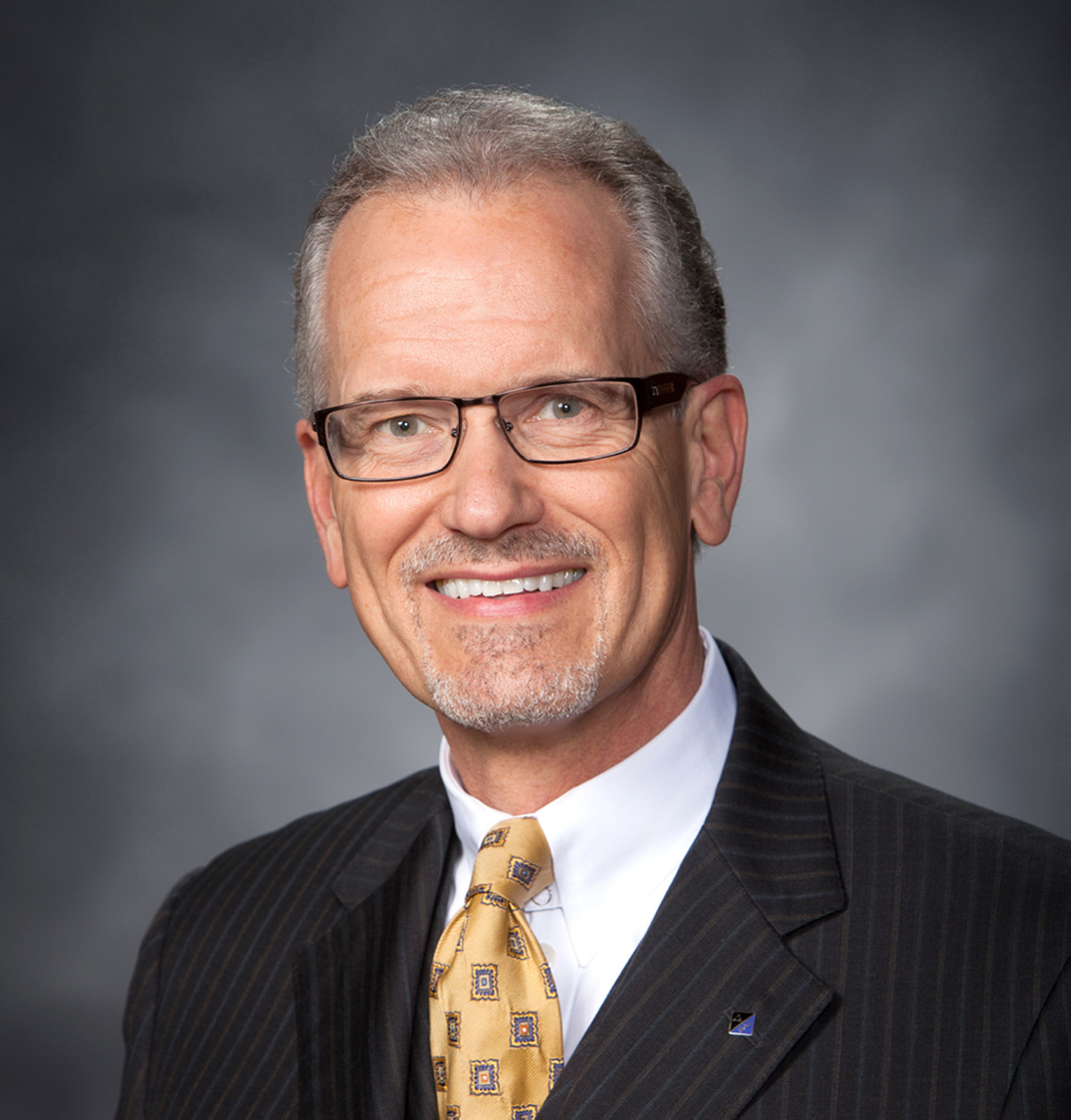 First impressions are more important than most realize. Especially for Ted Gillary, Executive Manager of the Detroit (Mich.) Athletic Club (DAC), whose first impression of the venerable city club eventually had a far-reaching and fundamental impact on its food-and-beverage program.

While he was an undergraduate student at Michigan State University, Gillary apprenticed as a cook at the DAC under Chef Dan Huglier, CMC. During that time, he came to deeply respect the level of culinary talent that had helped the club build its reputation. The experience also gave Gillary a lasting appreciation for what it takes to be successful in an F&B operation.

When Gillary returned to the DAC as Executive Manager 15 years later, it was not the place he remembered. “The city had been through some hard times,” he says. “Country clubs were blooming, but city clubs were closing. The quality and professionalism had fallen off. The physical plant was also very tired.”

The first thing Gillary did as Executive Manager was hire Kevin Brennan, CEC, AAC, to take over the reins as Executive Chef (see “The Cadillac of Club Cuisine,” C&RB, February 2008). As he details in this “Manager to Chef” conversation, that decision was critical to starting a remarkable turnaround that has elevated the DAC to elite status among city clubs, and helped it make important contributions to Detroit’s recovery as well.

C2C: Why start by hiring a new chef?

TG: We wanted DAC to take a “people first” approach to staffing. So it made sense to start by hiring the best individuals in the back of the house, starting with Kevin. He has extremely high standards and a wealth of culinary talent. He’s also a very capable and engaging manager. TG: Kevin hires and trains excellent people. This kitchen has turned out more professional chefs under his watch than most. He’s invested in their education and success. It’s amazing what happens when you focus on quality, both from a people standpoint as well as from a food standpoint.

Kevin transformed who we were as an F&B operation. It started with food and progressed from there. He was easily the most important new hire.

C2C: And since then, how has the F&B operation evolved at DAC?

TG: We’ve grown and changed dramatically over the past 20 years—but the “food first” philosophy has always remained the same. And because of that dedication to quality and service, we expect to see about 13% growth this year.

We evolve by constantly evaluating and elevating our standards. We’ve created a partnership between the dining room and the kitchen, to ensure that our service is top-shelf. Our menus are well-executed and constantly changing. Our systems ensure consistency and quality in all parts of the operation.

C2C: What did you end up doing about the tired facilities?

TG: In 1996, we started the first phase of our clubhouse renovation, pouring $70 million into upgrading and improving our property since that time. We’ve been very fortunate to keep this magnificent six-story clubhouse in the center of downtown Detroit’s theater and sports district in pristine condition.

C2C: You’re adding new facilities in the near future, too, right?

TG: We are improving our large sports pavilion, which overlooks Comerica Park [home to major league baseball’s Detroit Tigers] in our back lot. [The upgrades are] slated to be ready for opening day and will feature tents made in Europe and Germany that glow at night. There will also be a stunning deck and better outdoor cooking equipment with new grills, heating units and even some refrigeration. We’ll have built-in bars, too. It’s going to be a lot of fun for our members.

TG: Correct. In 2015, we’ll be opening a rooftop restaurant that will overlook Comerica Park, with a cigar bar and some meeting rooms.

C2C: What’s your current split for a la carte vs. banquet?

TG: Our banquet business is 65% of our F&B, and a la carte makes up the rest.

C2C: What role does F&B play in the success of a club?

TG: F&B is the heart of a club. Most clubs are social. That’s why we’re here. Is there any activity that is more social, personal, meaningful, celebratory, consoling, or nourishing than sitting down to a good meal? Dining is part of the fabric of our membership. That’s why we have to place such a high value on creating a flawless and consistent experience. Our members have to know it is as important to us as it is to them.

TG: We must simplify complexity into a manageable process. That’s what separates the great from the good. We have to take complex things, like how to handle huge crowds on game days, and make it personal for every single person. The amount of planning and detail that goes into everything we do is tremendous. But we are successful because we have bright people on staff.

C2C: What are some common F&B mistakes that you’ve seen, or that you’ve been careful to avoid?

TG: Sometimes I think people rely too heavily on their personal tastes. For example, I love ice cream. One time, at a previous club, when we didn’t have a pastry chef, I thought it would be a great idea to have all ice cream desserts on the menu. It was easy. It was delicious. And it failed miserably.

That was not a smart move on my part, because you have to know your audience. That’s what we do in clubs. We’re here for our members. So everything is considered, and nothing is haphazard. We don’t follow a trend or a staff member’s preference “just because.” If we’re going to do something, we make sure it’s part of our fabric. It takes planning, but it’s worthwhile to our identity.

C2C: How has technology affected F&B at DAC?

TG: There’s always new kitchen equipment that can improve efficiencies or create more interesting dishes, from slicers and mixers to immersion circulators and combi-ovens. But the most significant technological impact for DAC has been communication. We couldn’t do what we do without our radios and e-mail and our ability to communicate with anyone, anywhere on property, at any time. Everyone wears an earpiece and at any moment can communicate with someone three floors down or outside the building. This has done more to unify our efforts than anything else.

C2C: What kinds of people thrive on DAC’s F&B team?

TG: They’re Type A. They’re achievers. They’re “character first” kind of people. Those who value honesty and integrity do very well here. And those who are likeable and precise also do well. Our most successful staff members have a natural tendency toward cleanliness and orderliness, and a deep love for their profession.

C2C: What’s your personal management style for directing it all?

TG: I’m a visual person, so I have four symbols I like to use to explain it.

C2C: What do you value most in Chef Brennan’s skill set?

TG: He loves his craft. He loves being a chef. He loves food. When you love something like that, you want to impart it on others. He gets excited when they contribute. He loves to learn from others, too. He’s professional. His integrity is unquestionable. He’s a humble man. He has a good sense of humor. And he’s Irish.

C2C: It sounds like it boils down to passion?

TG: Absolutely. A club chef has to be many things. He must not only prepare excellent food, but also be a manager, a savvy buyer, an athlete and a scientist. He must understand human resources and food safety. It’s a very demanding position and if you aren’t passionate about it, you won’t be successful.

TG: Kevin and I actually worked together at The Recess Club here in Detroit 30 years ago. He was on vacation on my first day on the job, but when he came back I called him up and told him that I wanted to meet him. He invited me down to the kitchen and my first thought when we met was, “I like this guy.”

Kevin and I share a common vision and a mutual respect. He’s probably my best friend, too. We can speak frankly to one another and he looks for a critical comment on anything he does. I love that about him.

Plus, he likes motorcycles almost as much as I do.

C2C: In fact, didn’t you ride a motorcycle up to Alaska last summer and blog about it?

TG: I did! I was gone for 27 days. The [DAC Board] was great to let me go. It was incredible. A group of us rode from my house all the way to Alaska. We saw lots of wildlife, had some hair-raising moments and then came back to find that everything at DAC had run very well in my absence. All the credit for that goes to the team here.