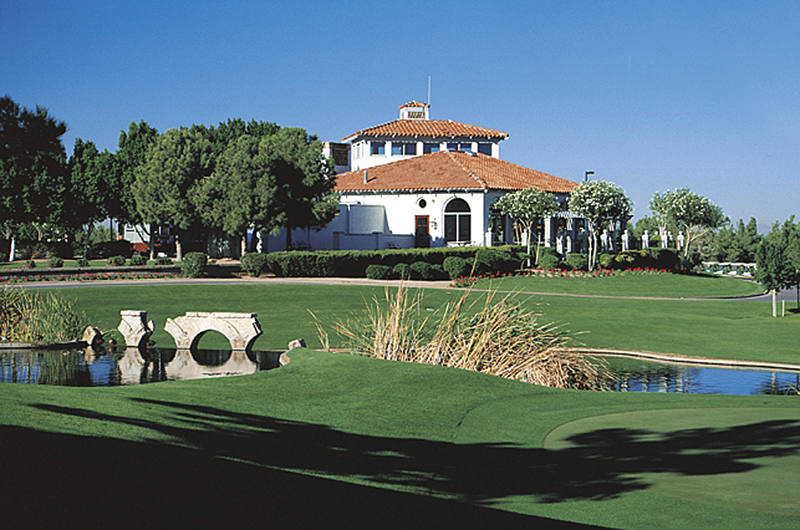 Wycliffe G&CC has two golf courses and strives to provide a resort-like experience. The property is considering the addition of a short-game area and bocce courts.

All Shannon Wheeler wanted was some free golf—and that paved his way to several prominent clubs and his current role at Wycliffe G&CC.

Growing up in Garner, N.C., Shannon Wheeler liked the game of golf, but his family really wasn’t in the position to join a country club or pay for him to play regularly.

So he took it upon himself to find a way to make it happen. Early in high school, he knocked on the door at the now-defunct Eaglecrest Golf Course and said he was willing to do anything that was needed. He started working in the cart barn, but moved to the golf course after a year. A career was born—even if he didn’t know it at the time.

“My dad traveled for his job and we would play some golf as part of it, so I got the bug from him,” Wheeler says. “I figured it would be a great way to play some free golf if I worked at a golf course. I could work early in the day and then play as much as I wanted to afterwards or on the weekend.”

Wheeler worked with some interns who attended North Carolina State University, so he decided to follow them and pursue a business degree. But he still needed his golf course fix, so he changed his major to turfgrass management and took a job while a student as the irrigation technician at Carolina Country Club, under Bob Rogers. Wheeler earned the turf degree and was ready to join the real world, but his parents told him he would first need to also complete the business degree he had started.

“I thought I was ready to go get a job,” Wheeler said. “I had a lot of experience for a college student and the N.C. State grads were doing well in the industry. My parents thought the business degree would help. Looking back, it was a good decision. We manage large budgets and staffs. We present to Boards and owners. The job is so much more than managing turf. The business degree has been helpful.”

In addition to his new responsibilities, which he assumed at the end of last year, as Director of Golf Course Maintenance at Wycliffe Golf & Country Club in Wellington, Fla., Wheeler is also serving this year as the President of the Palm Beach Golf Course Superintendents Association. The organization represents superintendents in the region and offers continuing education, supports charitable endeavors and provides a network to facilitate the sharing of ideas and information.

C&RB: You have been profiled in a trade magazine as an inventor. What was that all about?

Wheeler: It was just a simple thing, but it saved time and allowed us to present a better product. I was at The Club at Admirals Cove at the time, and I thought there had to be a better way to paint cups so we did not have the “ghosting” that occurred on the turf from the paint. We usually put down towels around the cup. Basically the idea involved cutting some metal that would shield the turf and keep the paint from caking on the sides and bottom.

I think after the magazine article came out, the suppliers designed and produced something similar. That’s okay. I think you can find a lot of superintendents who have invented something that helps them in their jobs. We’re problem-solvers.

C&RB: Environmental scrutiny is high for almost every industry. What do the stewardship programs for your club and the associations you’re involved with entail?

Wheeler: The Florida Golf Course Superintendents Association and the Florida Department of Environmental Protection have created a set of BMPs (best-management practices) for golf courses to follow in their care of the course. It involves taking a course and a series of exams.
We are also enrolled in the Audubon Cooperative Sanctuary Program for Golf Courses. It is a program that covers all aspects of your course management, such as safe pest control, wildlife habitat management, water management, and outreach to the public. Our bird population is great—blue heron, egret, ibis, cranes, etc. We also have some tropical plants, most of which are native to the area. The great thing about being in the Audubon program is everyone supports it—my staff, others in management and the members. It is important to them.

We are just on the edge of The Everglades, so we are definitely sensitive to the environment. Superintendents are educated professionals, and we take continuing education classes. We know that resources to maintain a golf course are expensive, so we are judicious in our use. Plus, using more is not necessarily better for the turf.

C&RB: Tell us about Wycliffe G&CC, in terms of its amenities and what it offers to its members.

Wheeler: We are a full-service club, offering golf, tennis, swimming, fitness, a very popular spa, and many social activities. Recently we have looked at putting in a bocce ball court. All of those amenities are in or right by the clubhouse, so it is convenient.

The courses provide two different experiences, which the members enjoy. We are in the very early stages of considering the addition of a short-game area. We are not a resort, but we aim to provide a resort-type experience and amenities.

C&RB: Who is your clientele?

Wheeler: Some of the most welcoming and friendliest members in South Florida. We are a gated community of 1,100 homes. If you live here, you have to be a member of the club. Approximately 50 percent are “snowbirds” from the Northeast—New York, New Jersey, Massachusetts, Connecticut, and Maryland, for the most part. About 70 percent of our 60,000 rounds are played from late October to mid-April.

Our membership is terrific. They appreciate the services we provide. What I like about them is you really cannot tell if they are millionaires or have modest incomes. The membership is extremely supportive. Wycliffe was recently designated as one of America’s Healthiest Clubs, a distinction based on promoting a healthy lifestyle to not only its members, but its staff as well. Wycliffe offers wellness events, healthier menu options for members and staff, and innovative fitness programs, to name a few.

C&RB: What is the most challenging aspect of your course management program?

Wheeler: I’d say that it’s the weather, even though we don’t have the extreme cold or heat of some other areas. We had a long stretch this summer where the temperature never dropped below 80 degrees and the humidity never went away, so you had considerable disease pressure. We have a good preventative program, but you still get some bermudagrass decline.

Then, in September we went 20 days with rainfall, with a few more with complete cloud cover. That isn’t good for the grass. You have the perfect situation for algae to form.

The storm season is June through September, and they are hit or miss. You are at the mercy of Mother Nature. Knock on wood, we have not been affected by any of the bigger hurricanes in recent years.

We aerate in the summer three times, every four weeks. We only do one course at a time and we’re generally closed for two weeks. We also experimented with fraze mowing on our practice tee. It had been developed in Europe as a means to remove thatch. We had a contractor come in with a special machine and remove the top level of the surface, removing the thatch, but leaving the stolons.

This saves us time and money, because we don’t have to regrass or level it. We did half of the tee and the rest later in the summer, so the members could still use it. They were back on the areas that we had worked on after only a month. I think it was a success, but we’ll talk as a staff and with the greens committee to get the feedback.

C&RB: Do you still get to play golf, which is what started you down your career path in the first place?

Wheeler: Not as much as I used to, or want to! I probably play twice a month. The great thing about Palm Beach County is we have so many golf courses that I can mix business with pleasure. I like playing with other superintendents because we can bounce things off of each other. And when I do, I like to take others in management, or members of the greens committee, so we can see what other area clubs are doing.

We are currently looking at a landscaping project, and I saw something at another course that I really liked. Superintendents are really good about sharing ideas. That’s the great thing about our profession. We are always willing to share ideas and help each other out.