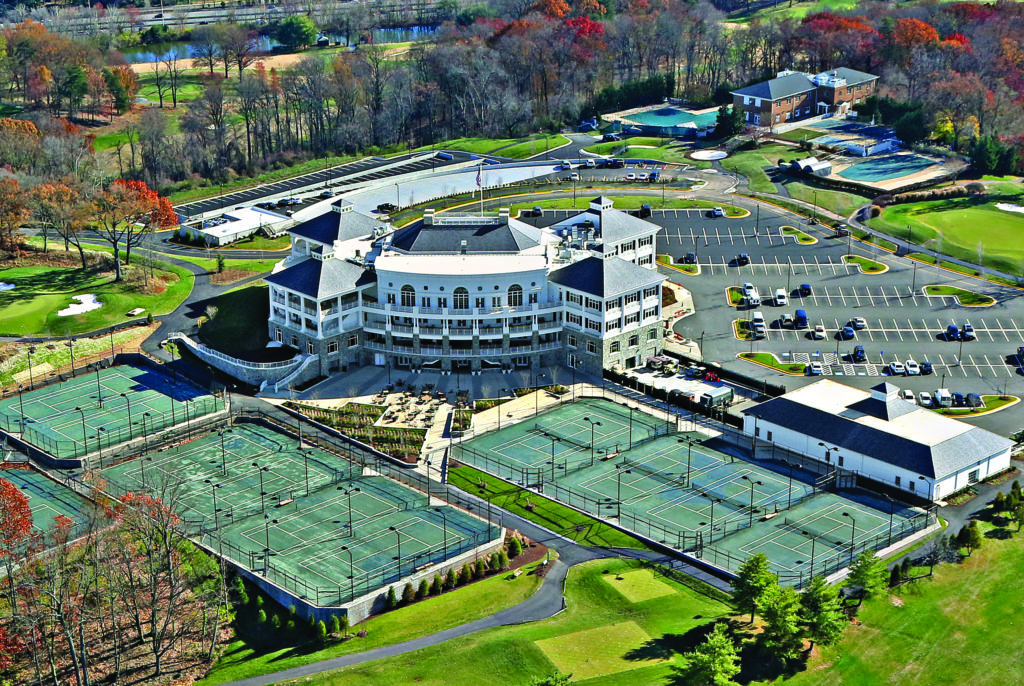 Even after completing a $57 million clubhouse renovation and earning Excellence in Club Management accolades, Patrick King is always on the alert for new ways to keep Army Navy CC moving forward.

After first being an Assistant General Manager, and then Deputy GM, at the Army Navy Country Club (ANCC) in Arlington, Va. for 10 years, Patrick King presented himself for consideration to be the club’s General Manager/COO when that position opened up in 2011. The club contracted with an executive search firm to also find outside candidates for the job, and the recruiter was candid with King in telling him not to get his hopes up, because in his experience only about 15% of incumbents who are already working for a club succeed in getting selected in such situations. King went ahead with the interview process, though, and as part of that, was asked directly by a four-star general who was an ANCC member and a participant on the search committee if he’d stay at the club if he didn’t get the job. King was truthful in responding that he wasn’t sure—but then added that, with all due respect, he should get the job, because “this is my house, and no one knows it as well as I do.”

No Resting on Laurels

Eight years later,  Patrick King’s performance in the job that he did indeed move into has not only kept ANCC on a continuous upward path, as reflected by a host of important barometers, it has also led to his being named the recipient of the James H. Brewer Award through the Excellence in Club Management Awards. But even as the evidence continues to mount of just how well he does know the club, King never allows himself to think for a moment that he’s learned everything.

“Just because you’ve been a long-time employee at one particular place doesn’t mean you can get complacent,” he says. “[ANCC] is entirely different today than it was when I started here 18 years ago. You always have to be ready to not just adapt to the continuous change that’s bound to occur, but to be able to see it coming.” Managing ANCC has frequently led to special photo ops with some of the Washington, D.C. area’s most prominent residents for Patrick King and his family.

Even after he led ANCC through its comprehensive $57.7 million Arlington clubhouse makeover, King never thought the club could take a breather from facilities planning and improvement. “We’ve continued to evolve into the true definition of a full-service, family-oriented country club,” he says. That’s required ongoing attention for how to satisfy the membership’s growing needs for activities like pickleball (see photo of new courts at left) and aquatics (the process has started for presenting a multimillion-dollar proposal for a vote next spring to renovate the club’s 60-year-old pool complex, in response to a nearly 30 percent increase that has been seen in pool visits).

Completed projects are also constantly reassessed by King and his staff. The Stars & Stripes Cafe was originally conceived as a quick-serve snack bar as part of the Arlington clubhouse makeover, with the thought that it shouldn’t be set up to compete with other new dining venues in the building. But the overall surge in food-and-beverage business generated by the renovation led to a recent expansion of Stars & Stripes, into space formerly used as a card room, to convert it into a sports-bar format and with a larger, 20-stool horseshoe-shaped bar.  After debuting its new look this past April, Stars & Stripes has generated a 78% increase in its own revenues while also helping to boost the business of other clubhouse dining venues, because of its effectiveness in drawing more members into the building after they’ve played golf or tennis.

Much of King’s initiative in driving for continous improvement actually stems from experience he gained prior to starting at ANCC, when he held management positions for clubs owned and operated by KSL Fairways/Meadowbrook Golf and the American Golf Corporation. Army Navy CC is one of only a handful of U.S. clubs with two distinct campuses. It acquired the former Fairfax (Va.) Country Club (above), 14 miles from the club’s Arlington, Va. location, in 1956.

“The corporate golf world is bottom line-driven—and while I much prefer being able to be more entrepreneurial, which fits well with the way clubs and their memberships and activities are changing, it’s also true that clubs have become more of a business than ever,” King says. “And with that comes pressure to continue to grow. It’s easier to climb to the top than it is to stay there.”

But King welcomes the “pressure,” and doesn’t even view it in that way, because he still retains a passion for embracing the challenges that each new day can present to a club manager, and for the rewards that providing true hospitality can bring.

He also hopes his ability to defy the percentages and be one of “the 15%” to step up as an incumbent can serve as inspiration to others, and as a reminder to other clubs when they need to find new leadership. “No matter the size of the club, we as managers should always make sure we’re doing all we can to provide a lot of opportunities for promoting from within,” he says. “I’m a case in point for how that can work out succesfully for everyone.” A new complex of eight pickleball courts opened at the start of September.

> A total of $115 million in capital projects have been completed in the most recent decade, including $57.7 million for the new Arlington clubhouse and major renovations of the golf courses on both of the club’s campuses.

> Food-and-beverage revenue increased from $3.3 million annually prior to the opening of the new Arlington clubhouse to nearly $8 million. Over 200,000 meals a year are now sold in all of the club’s dining venues, and banquet revenues have been boosted from $1.5 million a year to over $4 million. Overall F&B generates an annual profit of $125,000, without minimums.

>  Current Platinum Club rating of 76 is highest ever for club. In addition to in-depth articles in C+RB detailing the achievements of each ECM winner, individual ceremonies are held at their clubs. All winners were also honored at the 2018 Awards Dinner, which was held February 25, 2019 at the Nashville (Tenn.) City Club and sponsored by Denehy Club Thinking Partners, ForeTees LLC, C. Mondavi & Family, Preferred Club, and Yamaha Golf Car.